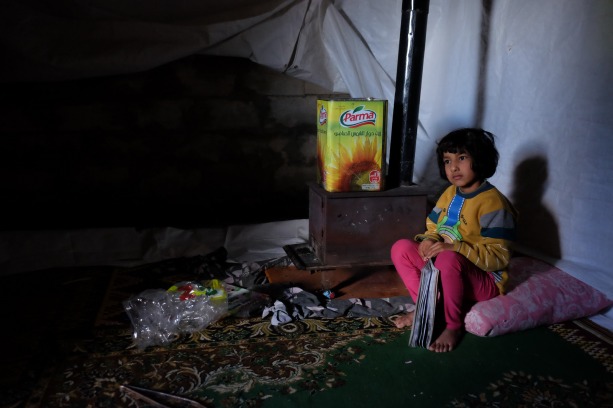 As a country is torn apart by a ferocious civil war, so complex with little chance of cessation, its people run. Approximately 3 million Syrians have fled their own country, their own identity, in search of a safer life, a life without the day to day fear that today may be their last. A huge majority of these have made a small but significant journey to bordering Turkey, Lebanon, Jordan and even Iraq.

Meanwhile, over 140-150 thousand Syrians have chosen to take the deadly journey into Europe. Their first and probably the most challenging task is crossing the Mediterranean sea. The crossing has proved to be hugely fatal with over 3000 migrants losing their lives in 2014, this figure may well be much higher if the governments surrounding the Mediterranean actually decided to document and keep track of there deaths. Many Syrian refugees fall into the hands of money thirsty people smugglers, taking the perilous journey on dilapidated old boats, the refugees are feeding an immoral, shameless trade threatening the lives of so many, but with little choice, they continue.

The majority of those who survive crossing the sea, enter into Italy under the cover of darkness, or, on an Italian coastguard ship after being rescued. Now in Italy with nothing but themselves and their closest family they begin their quest into prosperous Northern Europe. For many their journey gets cut short as they struggle to find the means to exit out of Italy, finding themselves trapped, living illegally, avoiding authority.

By law an asylum seeker is required to claim asylum in the first European country they step foot in, for most this is Italy. If the refugees make it into Italy undetected they will do all they can to avoid detection by the police in order to prevent their fingerprints being recorded, the reason being is Italy doesn’t have a great deal to offer them , their economy is on the demise and recession lingers, benefits for migrants are paltry.

By hook or by crook and with some help from selfless Italians, begging on the streets or any other means necessary, they manage to raise the pennies needed to get to Milan. It takes time, a lot of it, patience and some brute will power and determination to carry on but eventually they will make it. Most heading for Germany and Sweden due to the generous hand outs, but some, probably because of its reputation, will do everything they can, in order to get to the UK, risking their lives over and over again in utter desperation.

Perhaps we are taking the wrong approach here in the UK, put yourselves in their shoes. These humans, and yes that’s what they are, humans, equal in every way to you and I, have made this colossal journey, and on the last hurdle they meet one of their biggest struggles, breaching Britain’s border. An estimated 30,000 Syrians are endangering themselves every day, so desperately trying to hide themselves in the back of, or underneath, lorries heading into the UK. If they are lucky enough to get onto a lorry undetected, they must then get through four tier security, including canines and heartbeat monitors before that lorry will board the ferry. An estimated 20-30 make it everyday.

In the wake of the largest and most colossal humanitarian crisis the world has seen in decades our governments refuse to step up. These people so determined, so desperate, full of fear with nowhere to go, nowhere they feel safe and nowhere they can call home need help. They need our help, they need our governments help, they need an international response to a crisis that should, in the 21st century, be an unimaginable and completely avoidable situation.

The Physician Wellness Movement and Illegitimate Authority: The Need for Revolt and Reconstruction

Pride and Perfection in your decorating needs

because Xians can be worthy of ridicule...

The Endo The World?

Tales of life and love with Endometriosis.